While Apple is highly unlikely to release a 14-inch MacBook Pro in the near future, given the refresh of the 13-inch MacBook Pro on Monday, there are signs that it will be released later in 2020. Here’s why.

Rumors for a 14-inch MacBook Pro have highlighted Apple’s possibility of including a 14.1-inch Retina display in its smaller, updated MacBook Pro model, similar to how the 16-inch MacBook Pro replaced version 15 inches. The screen upgrade rumors have been combined with others about the 13-inch MacBook Pro update, which was due to be released in the second quarter of 2020.

Rumors on Monday were largely proven to be correct, with Apple revealing an updated 13-inch MacBook Pro. Speculation and leaks about having a new magic keyboard, an inverted T configuration for the arrow keys and a physical escape key as well as the use of tenth generation Intel processors have proven to be true with the launch.

While these spec rumors have proven to be correct, only the claims for the 14-inch screens have been deemed insufficient. Apple has kept the same 13-inch screen as the previous generation, instead of using new components.

The missing model, as well as the number of reports on the supposed 14-inch screen, raise a few questions. Apple will it still launch a 14-inch screen, and if so, when will it theoretically arrive?

Given the launch of the 13-inch model update, it seems extremely unlikely that Apple would want to launch a 14-inch model two or three months later. Given that it waited a year before updating the 2019 model, it is reasonable to expect Apple to wait a while before introducing a potential replacement.

However, the wait could be shortened if Apple has sufficient reason to release a model with a new display size, new display technology, or a completely different hardware architecture.

One possible reason could be a change in display technology, from a backlit LCD screen to something new. Based on the thoughts of TF Securities analyst Ming-Chi Kuo, this could take the form of a Mini LED.

The mini LED is, as the name suggests, a very small LED component. Although current LEDs are used for backlighting systems, they are generally based on a small number of LEDs illuminating a larger area. The mini LED changes this by allowing more of them to be installed in the backlight layer.

The result is an extremely homogeneous backlight which could offer higher contrast levels by attenuating the dark areas of the screen. This could create extremely high contrast displays, while leveraging relatively mature and cost-effective LCD technology rather than switching to expensive OLEDs.

The mini LED can also be used on a flexible substrate, which allows it to be used in portable or flexible devices, although this does not really benefit a rigid MacBook Pro screen.

In September 2019, Kuo proposed that Apple produce high-end models of the iPad Pro and MacBook Pro that use Mini LED screens produced by LG Display. Kuo assumed that the models would be launched in late 2020 or early 2021.

A follow-up note to investors in March 2020 reiterated the potential use of Mini LEDs in the course of 2020 and said that three iPad models using the technology were arriving, as well as an updated 27-inch iMac Pro, a MacBook Pro Updated 16-inch and a 14.1-inch Mini MacBook Pro replacing the 13-inch model.

Aside from a fourth quarter version for the iMac Pro, Kuo does not offer a launch schedule for other products. Updating the 13-inch MacBook Pro would certainly push for a replacement model later this year.

While the change in display technology may be a good reason to change the screen size, it is also entirely justified for Apple to make design changes in conjunction with the introduction of other major updates. If you change a fundamental element, this is an ideal opportunity to take care of creative risks, such as using a different display size.

You could say that one of the biggest changes on the Mac platform under development is the potential introduction of an ARM-based Mac. Moving from Intel processors to an ARM platform would be a major fundamental change for the business and would require the introduction of products that support this vision. 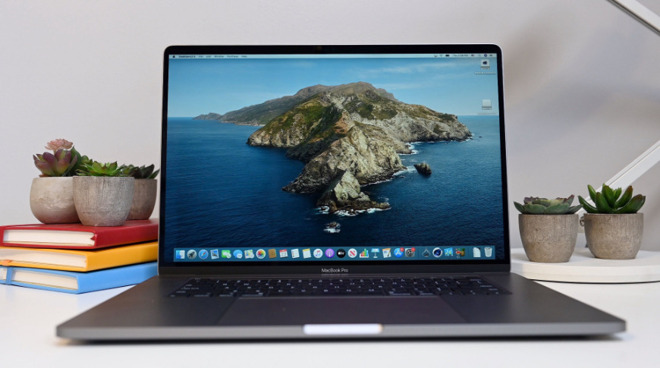 In short, Apple is expected to start creating and selling Macs and MacBooks based on ARM. Given the relatively small size and highly portable nature, it makes sense for Apple to release a MacBook Pro equipped with an ARM chip, to encourage developers to migrate.

It is also possible for Apple to opt for a MacBook Pro given its production lines, since it would indeed be relatively similar to the construction of an iPad in terms of using the chipset.

There are rumors that the first Mac ARM will ship in the fall of 2020, some in 2021, while Kuo has repeatedly suggested a spring 2021 launch for the product.

Based on rumors surrounding Mini LED and an ARM Mac, it seems that Apple has a few good reasons to introduce a MacBook Pro with a 14-inch screen at some point. As rumors also point to potential product launches in late 2020, this likely puts enough distance between the release of a 14-inch MacBook and the launch of the MacBook May 13.

In the event that it runs ARM, one would easily think that Apple could offer this model with the 14 inch screen while keeping the 13 inch version on sale and running on Intel processors. The two different models could coexist at the same time with screens of similar size, as is justified by the changes made to the Mac platform itself.

This, of course, is only an educated guess based on speculation and existing predictions. As Apple controls the development of its own products, it also controls schedules. Apple could very easily push a version further down the line to meet all of its needs, especially for revolutionary items like an ARM Mac.