What Mattered to Dr. Mac: Notes from WWDC

The nearly two hour opening speech was remarkable for several reasons, the most obvious of which was the lack of live audience for the first time. It was also the first time that the conference was 100% virtual, with all sessions broadcast and downloadable via the free Apple Developer application, now available for Mac, iOS and iPadOS.

The most important news, in case you haven’t heard about it, is that Apple will upgrade the Mac from Intel processors to its own “world-class custom silicon to deliver cutting-edge performance and powerful new technology.”

The first Macs equipped with Apple processors will be available before the end of the year, thus entering a two-year transition cycle. That’s all I have at the moment, but I assure you that I will have a lot to say once I get my hands on an Apple chip Mac.

Going forward, the next version of macOS is called Big Sur and includes the largest Safari update ever made, as well as a visual overhaul affecting almost every pixel on the screen. In addition to the visual overhaul, Big Sur includes a customizable menu bar, a brand new Control Center, a redesigned Maps application, significant improvements to the Messages application, and much more.

The surprise was that after 15 versions, macOS X (pronounced “ten”) will be 11 years old with the release of Big Sur. It is not yet known if “eleven” is expressed in Roman (XI) or ordinal (11) numbers, but if I were a bettor, I would bet on the ordinal.

iOS 14 offers new ways to personalize your home screen, including redesigned widgets that can be pinned to any page. It also presents the application library, which automatically organizes your applications by category and “intelligently brings up applications that may be useful at the moment”. It also adds application clips, “a small part of an application experience designed to be discovered when it is needed.” So, for example, if you are at a parking meter that requires a specific application to pay for parking, an application clip will appear and allow you to pay instantly without finding and downloading the application.

iPadOS 14 will include all of the new iOS 14 features as well as powerful new handwriting recognition features for the Apple pencil and less annoying notifications.

But wait, there is more!

There were other announcements that mattered (to me), including an update to AirPods Pro that will add “spatial audio with dynamic head tracking” to provide pseudo-surround sound.

And, at least three other new features that I can’t wait to try:

I am installing developer versions and I will have a lot more to say once I have had time with them.

There is one more thing…

I thought it was the best Apple special so far … 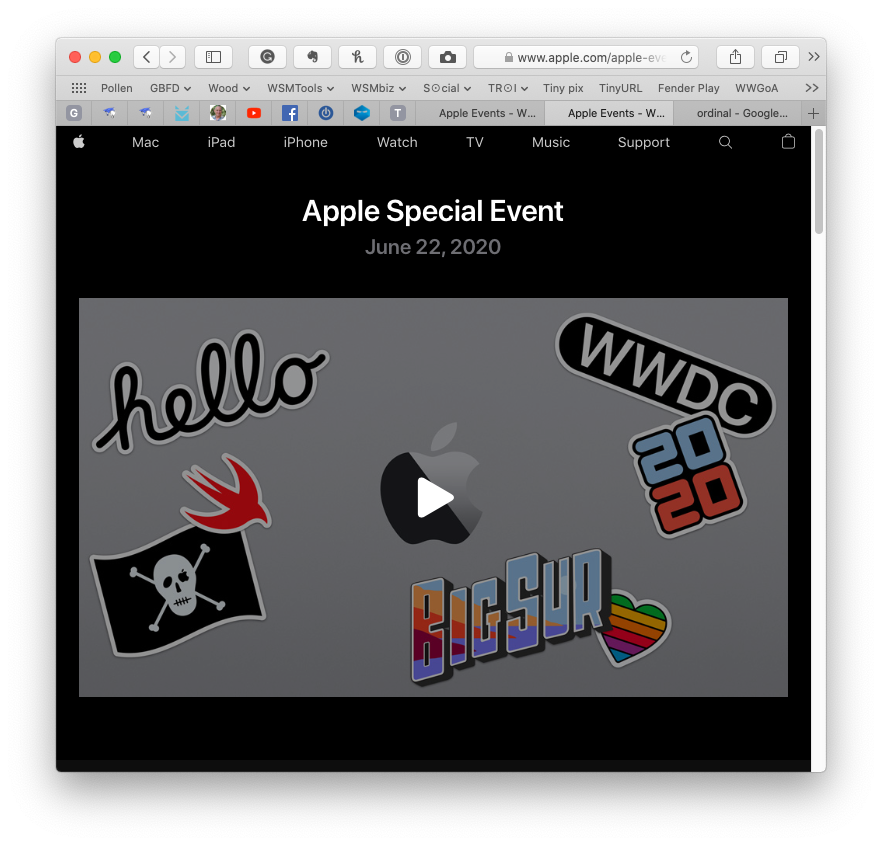 The missing audience did not mean wasted time on cutting shots, reaction shots or waiting for the applause to go out, making the show more streamlined. And, production seemed smoother and faster, with more presenters (and more diverse presenters) and faster transitions between presenters, not to mention a little less fluff than usual.

If you have an hour and 48 minutes to spare, you can watch the replay here.