The designs filed with the United States Patent Office show how Apple studied many different models for the camera of the iPhone 11 Pro.

A week after Apple’s announcement of the iPhone 11 Pro in 2019, the company filed for a patent for its design, which has now been revealed by the US Patent Office. Among the important but familiar details on the basic design of the housing, however, there are multiple variations of the rear camera array.

Therefore, it is conceivable that it is really a patent application for a future portable electronic device. However, if that’s the case, it’s the one that looks identical to the iPhone 11 Pro – with the exception of some of these camera options.

These options also appear to be purely aesthetic choices, as demand attempts to patent as wide a range of variations as possible. “It should be noted,” says the request, “that any surface shape along the transition edge can be implemented as a design choice as long as it does not affect the functionality and functionality of the modules. camera, strobe module and microphone module transported in part by the raised part. ”

The differences between the options focus on the specific positioning of the lenses and the raised bump or “transition edge” that houses them. In each case, there is a “strobe aperture” and a microphone, although the two are sometimes square instead of the final circular shape of the iPhone 11 Pro.

“[However, the] the apertures for the camera modules, the strobe module and the microphone module can be any combination of shapes such as a rectangle, square, circle, triangle, etc. Says the request.

It seems that Apple has either tried all possible lens arrangements – or that this patent application is trying to cover everyone. Each individual lens appears on the drawings and basic descriptions to be the same as for the final iPhone, but there is great variation in the general shape of the raised portion. 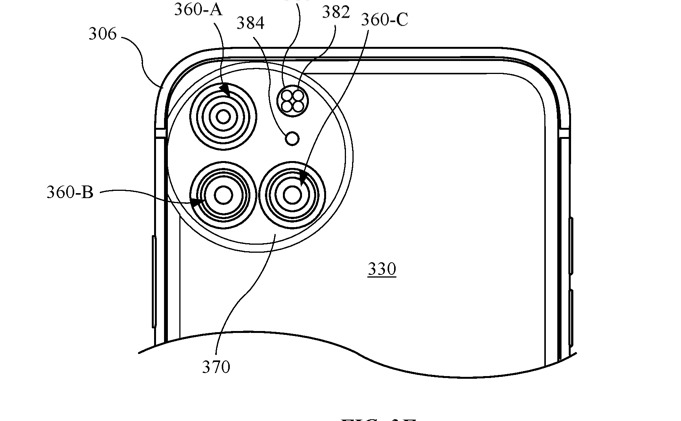 The patent application credits 20 inventors for the design, including Jony Ive, who left Apple two months after filing the application.