How Steve Jobs changed the face of Apple and retail forever

On May 19, 2001, the very first Apple Stores were opened, changing not only the way customers would buy Apple hardware and receive service for purchases, but forever change retail.

“This is our store,” said Steve Jobs when presenting the Apple Store for the first time. He did so during a video launch on May 15, 2001, just before the opening of the first Apple Store the following Saturday. The Apple Store, Apple’s first foray into its own retail stores, opened its first two stores on May 19, 2001 in Glendale, California and then in Tysons Corner, Virginia. An Appleiphonestop employee was present for the opening of this last store.

Since then, the Apple Store has grown to more than 500 stores in more than 20 countries. It experienced strong growth during a very difficult time for the retail sector as a whole, including in the consumer electronics sector.

Before the Apple Store

Throughout the 1990s, Apple computers were sold in a combination of chain stores and authorized Apple retailers. Caring for customers of big box stores was uncertain and linked to the frequency with which Apple representatives and then subcontractors visited to keep staff online.

Beginning in 1997, Apple migrated to a “store-in-store” concept that it had accepted with CompUSA, shortly after Jobs returned to the company.

At the same time, Apple withdrew its products from most major non-CompUSA retailers, at a time when Dell was Apple’s main competitor and Apple was preparing to launch the original iMac. Apple has also reorganized its online store.

Jobs decided to open Apple-branded retail stores and hired Ron Johnson, formerly of Target, to manage them in early 2000.

On May 15, 2001, Apple announced that it would open 25 retail stores that year, including the first two this Saturday.

The first stores, as explained by Jobs in its introductory video, were to present products in the front section such as iMacs and iBooks, as well as the all-new PowerBook G4 Titanium and Power Mac. The iPod, however, won’t be released for five months, and of course, it will take six years for the iPhone to appear. 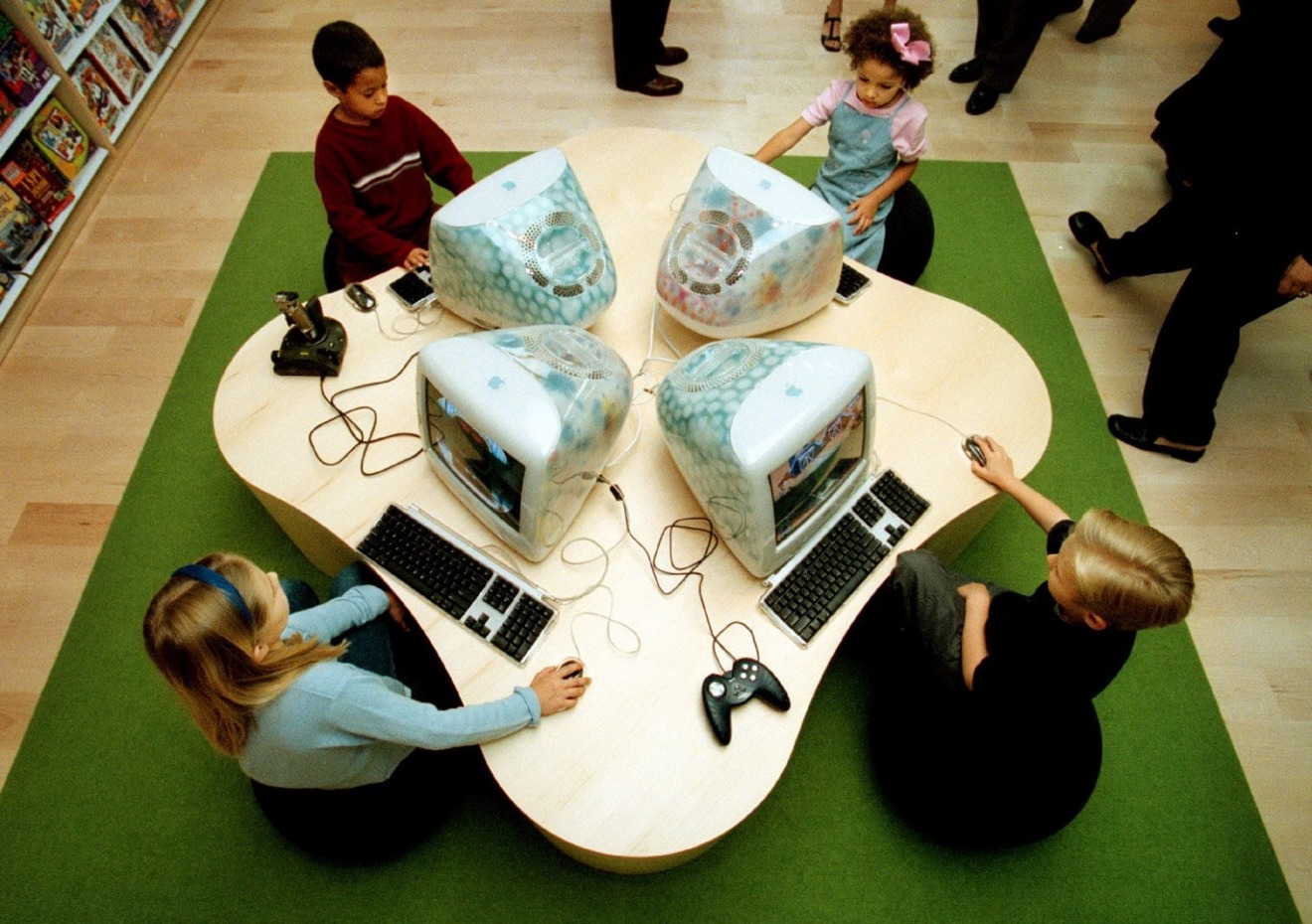 The store also featured music, movies, photos and a kids’ section, as well as non-Apple digital cameras and camcorders. There was also a lot of boxed software. Even if Apple changed retail, it radically changed the way software was sold, to the point where boxed apps now seem peculiar.

Another initial selling point that still exists in some form, however, is the original embodiment of the Genius Bar, which at the time featured photos of Albert Einstein and other famous geniuses who had been included in the advertisements. Apple “Think Different” of the time. Jobs positioned the “geniuses” in the store as people who could answer customer questions – and if they couldn’t, there was a landline for someone in Cupertino who could.

Over 500 fans lined up at the Tysons store from dawn on that first day. Over the weekend, Tysons and Glendale welcomed more than 7,500 visitors and sold $ 599,000 in products in the first two days. 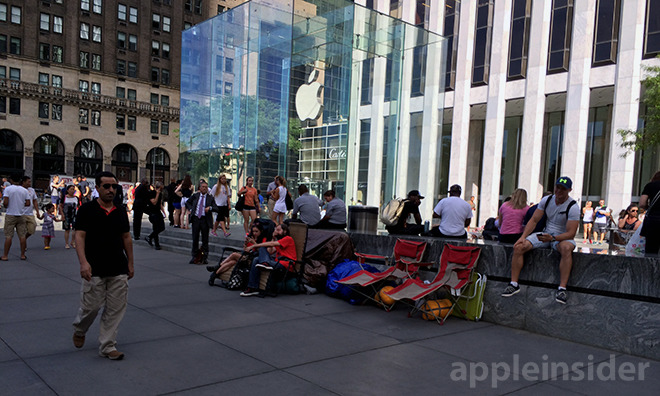 The success of the Apple Store has never really diminished. Its first urban flagship, on the Magnificent Mile in Chicago, opened in 2003, the first international Apple Store arriving in Ginza, Tokyo, Japan, later that year. Five years to the day after the first two stores, in 2006, Apple opened its iconic “cube” on Fifth Avenue in New York.

While the number of Apple Stores worldwide has surpassed 500 with its first location in Korea, which opened in 2018, the originals have not been forgotten. The number one Apple store in Glendale remains a popular site for fan pilgrimages. But store number two – Tyson’s – was still the first to open.

While Apple regularly opened more and more Apple Stores worldwide after the first US stores in 2001, it also closed all of them in 2020. For about two months, stores around the world were closed due to coronavirus and reopened only slowly.

China was the first to see the reopening of the Apple Stores, then subsequent parts of Europe and subsequent ones in the United States. In each, the opening hours have been reduced and the atmosphere has changed as social distancing and health procedures have been implemented.

Apple notably paid its retail staff during the shutdown. It is easy to think of Apple as having unlimited funds as it is the largest company in the world, but it still paid staff salaries at more than 500 stores for two months. 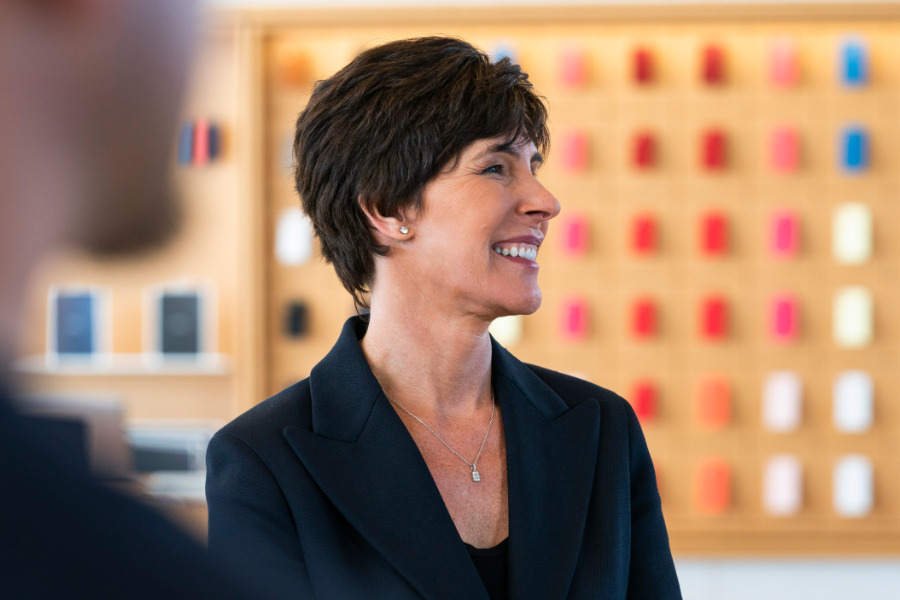 The company sent care packages to certain employees, and it also kept everyone clearly informed about what was going on and what Apple was doing.

At a time when other companies had, at best, employees on leave and, at worst, mass layoffs, Apple’s approach to its Apple Store staff was truly commendable.

Likewise, in a different way, Apple has balanced retail and online sales. From the start, he sold boxed software in stores, but planned to move applications online.

Then, ever since Angela Ahrendts ran the retail business and now that Deirdre O’Brien is, the company has managed to keep its physical and online stores busy. This is how Apple was able to continue to sell well even during the blockages in the world.

But it is also how he was able to help the millions of people who were suddenly forced to work from home. Even if they couldn’t go to a local Apple Store, they could order online and get contactless delivery.

Steve Jobs could not have anticipated the coronavirus pandemic in 2001, but the actions he took at that time with Ron Johnson meant that today’s Apple Stores could continue to survive even under such pressure. .

Roberto Escobar Sues Apple for $2.6B Over iPhone Security