Apple released its annual environmental progress report on Tuesday, showing how the company continues to strive to be carbon neutral.

In 2018, Apple was able to claim that its data centers, distribution centers, retail stores, and corporate offices all run on 100% renewable energy. More than 83% of the renewable energy supplied by Apple until January 2020 – or 1.2 gigawatts – comes from projects created by Apple.

By far the most important category is Apple’s long-term renewable energy contracts. While this means that technically the energy supplied to their businesses can come from fossil fuels, much of the money they spend is spent on research, development and eventual deployment of local renewable energy projects, such as solar and wind farms.

The second most important category is that of projects directly owned by Apple. Where possible, Apple builds its own renewable energy projects. The projects built include solar and wind farms, biogas fuel cells and low impact hydroelectric projects.

Their smallest category is investment in stocks. When Apple can’t build its own projects, it uses its capital to invest in renewable energy projects, such as solar PV farms or wind projects. This allows the company to become a co-owner, which allows it to adapt renewable production to its energy consumption.

Apple says its goal is to cover all of its electrical use with projects created by Apple eventually.

At the end of the day, Apple isn’t happy to run on 100% renewable energy. He wants his suppliers to do the same. About 75% of Apple’s carbon footprint is in its global supply chain. Of this 75%, around 70% of its emissions come from electricity.

In 2019, Apple started stepping in and encouraging its production partners to do the same. Apple’s suppliers are slowly but steadily making the leap to greener alternatives to fossil fuels, such as solar, wind, biomass and hydropower. The company has set itself the goal of having a supply chain entirely powered by renewable energies by 2030.

Now, Apple plans to help the communities around it go green as well. In 2019, they launched their “Power for Impact” program, enabling local communities and organizations to access profitable renewable energies. The project has already started in developing countries where Apple has relatively low energy needs, such as the Philippines, where they installed a 100 kilowatt rooftop solar panel at an educational institution. 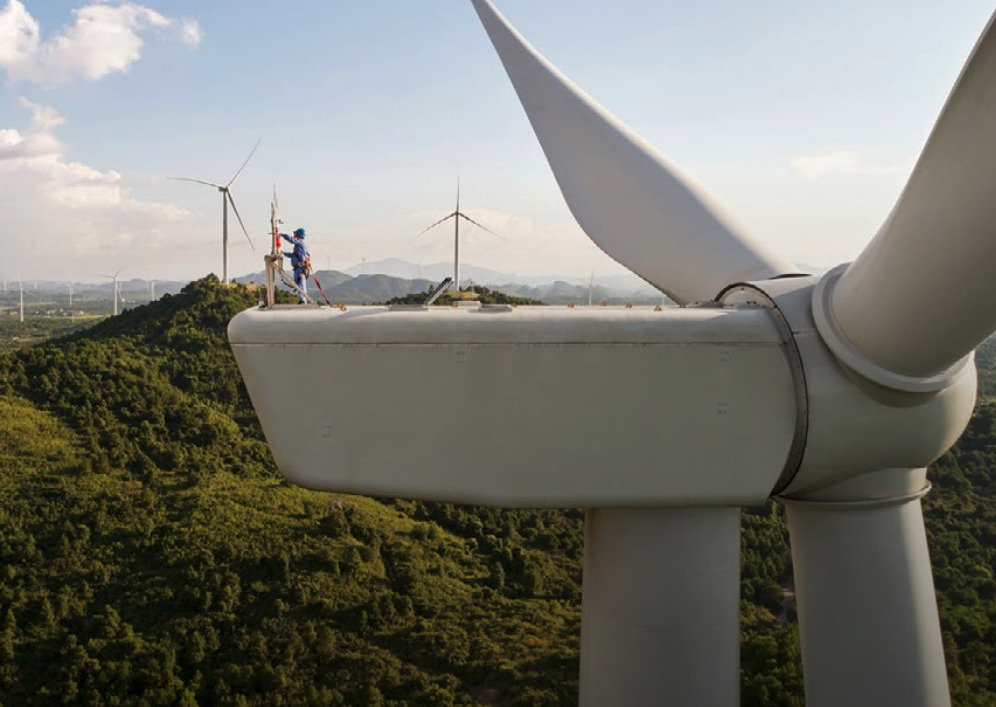 Apple is also encouraging aggregation efforts, like last year’s China Clean Energy Fund. By encouraging buyers to band together to buy renewable energy, it gives small businesses the opportunity to access profitable renewables that they may not be able to access independently.

But these are not the only measures taken by Apple. One of the more interesting steps Apple has taken is the voluntary withdrawal of government-subsidized renewable energy projects.

Government grants are essential for many businesses looking to take their first steps towards energy efficiency. They also increase the availability, accessibility and efficiency of renewable energy projects.

However, like many subsidies, government-subsidized renewable energy incentives are very competitive. By removing itself from the pool of competing companies, Apple is giving other companies a chance to take their first steps in becoming more environmentally friendly.

According to Apple’s 2020 Environmental Progress Report, its 42 megawatt subsidy-free solar photovoltaic project in Denmark went into operation at the end of 2019. This project has been powering its new Viborg data center with 100% renewable energy from day one. .

Apple’s dedication to offsetting its impact on the environment is admirable and consistently sets the bar high for its competition. Many organizations and conservationists have also taken note.

“Greenpeace USA welcomes Apple’s commitment to reducing carbon emissions to help prevent further catastrophic climate change – the impacts of which will primarily affect black, brown and indigenous communities,” said Elizabeth Jardim, head of Greenpeace USA campaign. “This commitment is a significant step up from what we’ve seen from Apple in the past.

Of course, Apple also benefits from these efforts. Apart from the environmental benefits, Apple’s fan base often cites its compassion and corporate responsibility as the reason to keep buying from them.