The Apple Pencil may one day provide haptic feedback to the user, using piezoelectric elements to spin internal drums that create a jittery feel in the stylus.

Apple Pencil, as an instrument, differs greatly from other items like an iPhone or Apple in that it does not provide haptic feedback to the user. As an input device, it offers no form of feedback and instead relies on a paired iPad or iPad Pro to deliver some form of stimulus to the user.

While it is possible to add haptic feedback to the Apple Pencil, it is relatively difficult to do so due to its slim shape and small size. There is also the problem of creating a haptic feedback system that does not strongly interfere with drawing functions.

In a patent issued Tuesday and simply titled “Pencil haptics”, Apple is studying the possibility of adding haptic feedback to the device.

A typical haptic feedback system relies on some form of motor that is attached to the housing of the device and fitted with an arm, one of which has a heavier weight on one end than the other. By rotating the arm, the weight shifts and the center of gravity of the device shifts, creating a sensation of vibration.

For Apple Pencil, Apple offers some suggestions to make Apple Pencil shake or give some kind of feel to the user. In the majority of suggestions, Apple works on the premise that Apple Pencil receives a signal to generate haptic feedback, rather than performing processing on the device.

The piezoelectric discs could provide shaking sensations without shifting the weight.

In some embodiments, Apple suggests that a piezoelectric component could be used to oscillate inside the body of the stylus, with the movements felt on the case itself. The oscillation can also be amplified by the use of multiple piezoelectric disks, which can significantly displace the mass of the pencil in a way that would be felt.

These discs would be positioned in such a way as to provide a balanced distribution of weight in the pencil, so their movements would not affect the weight much, but still provide some form of feel. This system would in theory be ideal for the pencil when in use, as it could potentially avoid forcing errors into a user’s pen movements.

In another system, a flexible piezoelectric beam would fit inside the case, coupled to the walls via a rigid support. At the end of the beam is a weight, which greatly improves the movement of the beam once the current is passed. 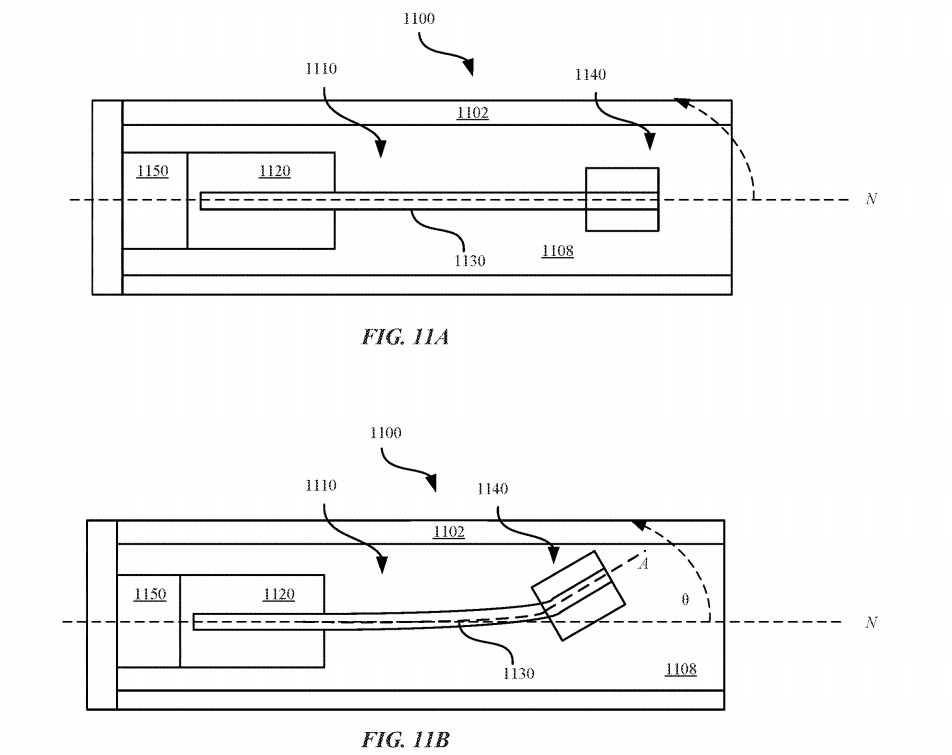 A piezoelectric beam and a weight can produce vibrations or changes in weight in an Apple Pencil.

The images in the patent filing also suggest that there could be items with scissor-like mechanisms that can expand and contract in the body. By holding a mass and changing whether it is dilated or contracted, these elements could shift the weight of the pencil so that it is slightly heavier at one end or the other. 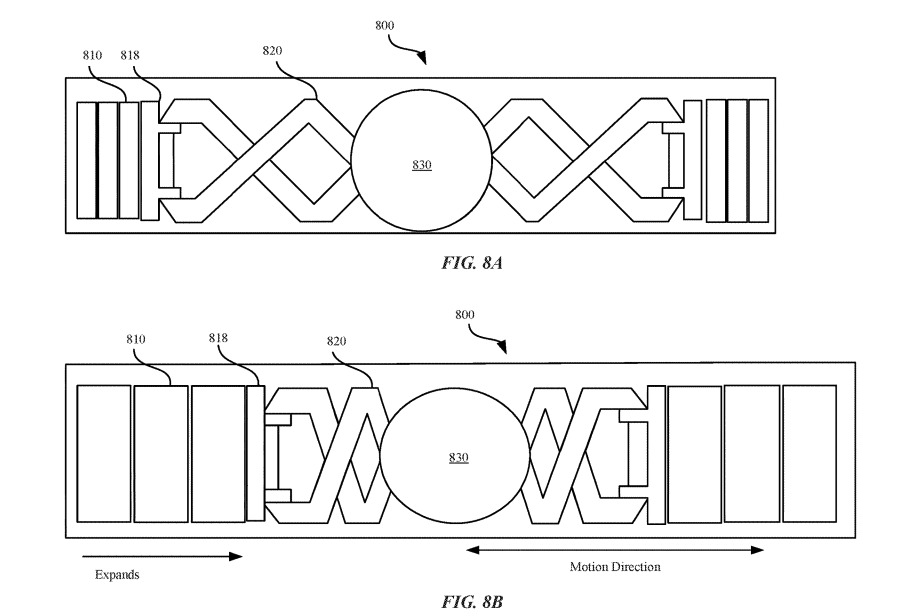 This displacement of weight between the ends would be felt by the user. The change in pencil weight should also not occur quickly, as the user might experience the buzzing sensation of rapid expansion and contraction, as well as more gradual changes through slower movements.

Apple files numerous patent applications each week, but while the existence of a patent indicates areas of interest to Apple’s research and development efforts, they do not guarantee that the concepts will appear in a future product or service.

The idea of ​​adding pencil haptics has been around for some time, with many stylus-related patent filings over the years making suggestions on the concept.

The 2019 and 2015 filings suggest how haptic feedback could be used to simulate textures on the screen, giving the sensation of drawing on smooth paper or rough cardboard. Another from February 2020 suggested that a haptic system could be used to monitor a user’s hold.

Another from January 2020 shows how haptics could give feedback without shaking the stylus, such as creating a shear force where a user’s fingers come in contact with the pencil.