In 2016, Apple announced plans to double its service revenue by the end of 2020. The company hit that target six months ahead of schedule.

The number of paid and transactional accounts has reached a new record, with paid accounts increasing to “double digits” in all geographic segments, said CFO Luca Maestri. In total, the company now has 550 million paid subscriptions for all of its services, up 130 million year-on-year. Apple expects to surpass the 600 million paid subscriber mark by the end of the 2020 schedule.

Apple services growth has slowed, but continues to grow year-over-year.

Even with the slow decline in annual earnings, the increase in revenue was inevitable, with Apple pushing its various segments on customers more than ever.

The company has undergone a thorough review of its business practices, especially when dealing with developers. Tim Cook and other tech CEOs were questioned in a US House antitrust hearing on Wednesday, and Cook was specifically pressed on App Store guidelines and taking the 30% IAP and subscriptions. Apple’s CEO insisted that their rules were fair and that the App Store and Apple existed to create jobs and enrich their users. 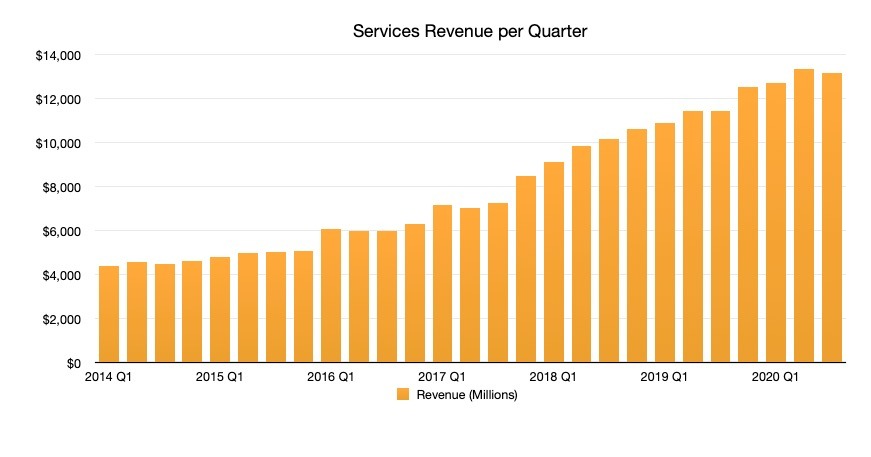 Apple is hoping to allay investor concerns about the iPhone’s slowing growth by posting other sources of revenue. Apple services have become more valuable than some Fortune 100 companies alone, and continue to grow.