Apple Watch's share declined 7% in 2018, but it accounts for 41% in the smartwatch industry Counterpoint).

[[[[Prepare for the Apple Watch Challenge on September 1] 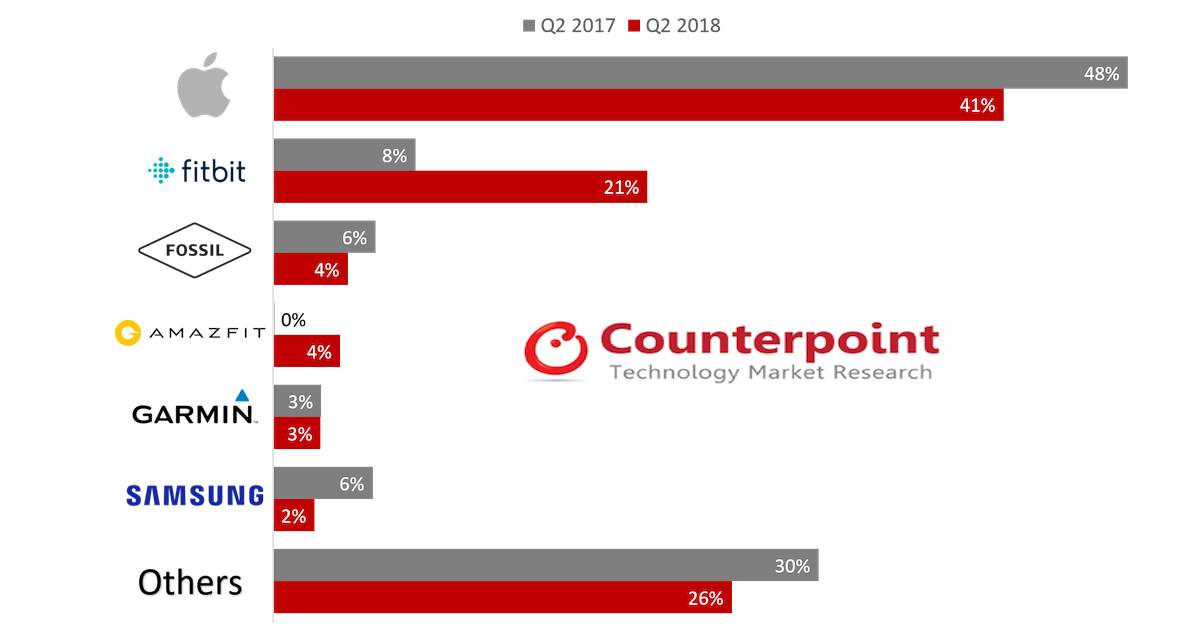 Research director Neil Shah pointed out that despite adding LTE connection to Series 3, Apple Watch Series 1 is the most popular.

… Series 1 remains the most popular model that contributes to nine out of ten of the Apple Watch sold in the second quarter of 2018. This is great if Apple thinks from an ecosystem point of view, but from the perspective of ASP, Apple is a new iPhone model every year.

Most people seem to have chosen Apple Watch for fitness functions, but it is less likely to temporarily replace iPhones using the LTE model. If Apple Watch Series 4 comes up, can Apple convince people to replace the Series 1 model?

[[[[What to expect from the next Apple Watch, Series 4]